InFocus Capital Partners, LLC is well positioned to help high quality private and public companies Be Understood, Be Seen, and Stay in Focus.  We have offices in Paris, Hong Kong, and Princeton.

The U.S. stock market is obviously surging on Trump’s victory.  Seems reasonable – some of the regulatory burdens on U.S. companies will likely lessen under a Trump administration, corporate and individual tax rates are likely to fall, and repatriation of U.S. company money in Europe to the U.S. is likely to happen with no or little tax consequence.  And, of course U.S. bond 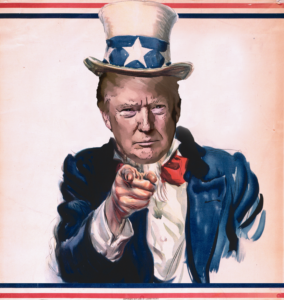 yields are surging as investors anticipate an accelerating economy.  This will lead to a stronger U.S. dollar.

At the same time, the EU central bank continues to ease and financial regulatory burdens in the EU will increase under MiFID II (see my posting of November 7, 2016) set for implementation January 1, 2018.

Growth is already greater now in the U.S. as compared to Europe and the growth gap in favor of the U.S. is likely to increase. It’s reasonable to expect European equities will lag those in the U.S..  And, a stronger U.S. dollar will allow U.S. companies to pick up European companies on the cheap.

We have one mission at InFocus Capital Partners – help our clients optimize their relationships with their current and... read more

I received a good amount of positive feedback on my blog of December 11, 2016 entitled, “Our students are... read more